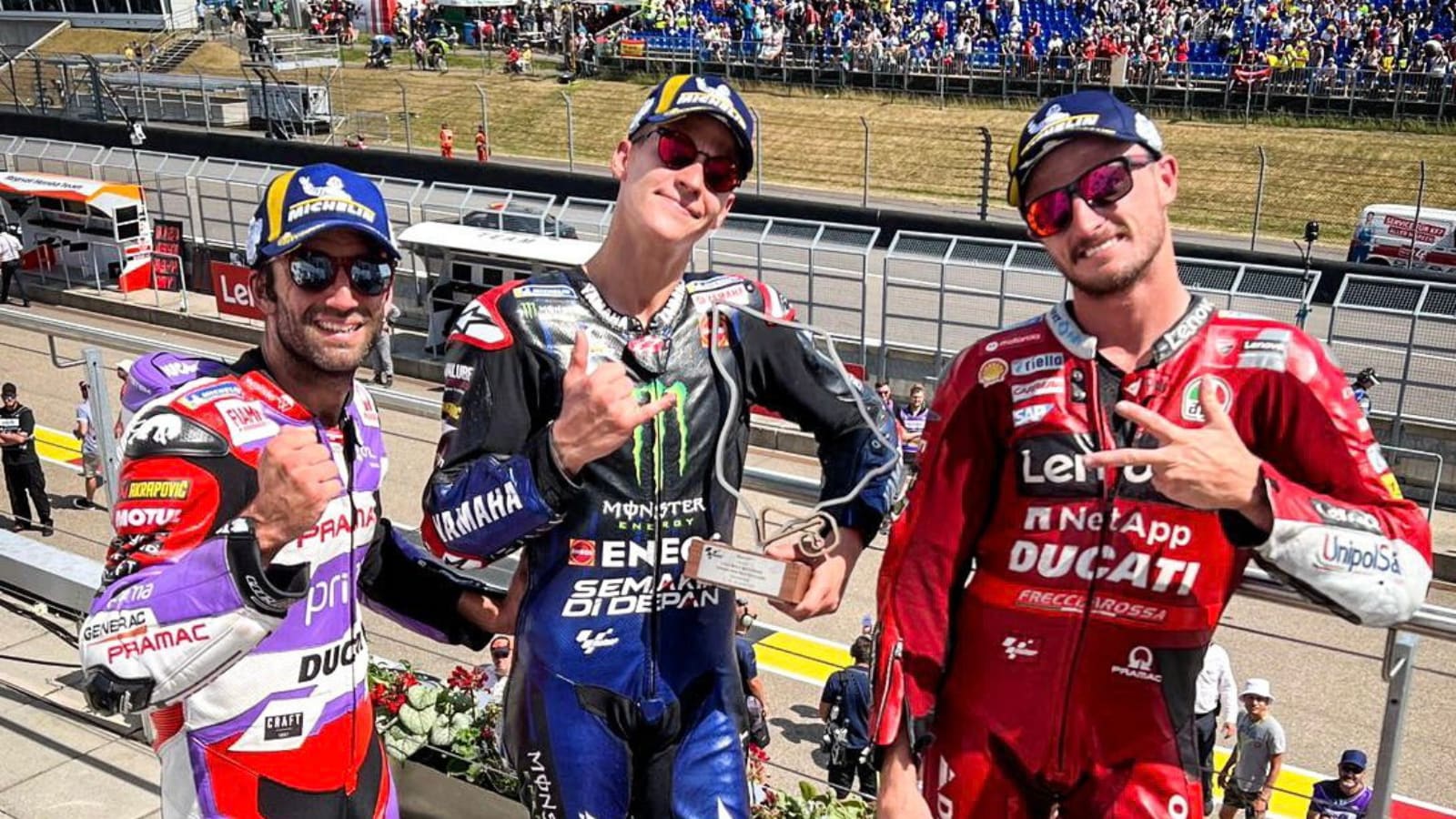 Ruling world champion Fabio Quarto extended his lead in the overall standings with a commanding performance despite feeling uncomfortable winning the German MotoGP on Sunday.

Quartaro snatched the lead from the first corner, which started in pole position, and he never looked back, but later revealed that he had been suffering from an illness all weekend.

“I’m tired, I was sick most of the weekend and I used to cough during races, but I’m very happy.” Quartararo said the gambler was paid to use the middle rear tires instead of the hard ones.

This is his third win of the season and the Quarto claimed a back-to-back victory by winning the Catalan MotoGP in early June.

With Yamaha Rider winning the 11th MotoGP of his career, the Frenchman extended his lead at the top of the overall championship to 34 points over Spanish rider Alex Espargaro.

The victory at Saxony means that whatever happens at the Dutch MotoGP in Essen next weekend, Quartararo will continue to lead it in the summer break before the season resumes at Silverstone in August.

“I’m not thinking about the championship,” Quartaro insisted.

“I’m here to win as many races as possible, maybe until he comes to Japan and Thailand (September and October), I’ll just think about the title.

“We’re going on the track I like at Essen (Dutch MotoGP) next week.”

At the halfway point of the season, Quartararo is on track to win the World Cup overall for the third year in a row as he again leaves his rivals behind in extreme temperatures.

“It was a nightmare,” said second-placed Zarco in the condition, “but when I decided to take Fabio down after Bagnia crashed, I secured my runners-up position.

“I fought hard for it, and got tired in the end, but it’s never been easy for me and I just have to make this race tough.”

Bagania, who dominates free practice, crashed out with 27 laps as his rear wheel slipped under him, and his apparent anger ended his hopes of winning the overall world title.

This was the third time the Italian had failed in his last four MotoGP races.

Miller made a superb ride to get to third place, almost crashing at the same turn as Bagania exited.

“I had an incidental race and almost crashed,” the Australian said.

“I was happy with the job I did. I put everything out there.”