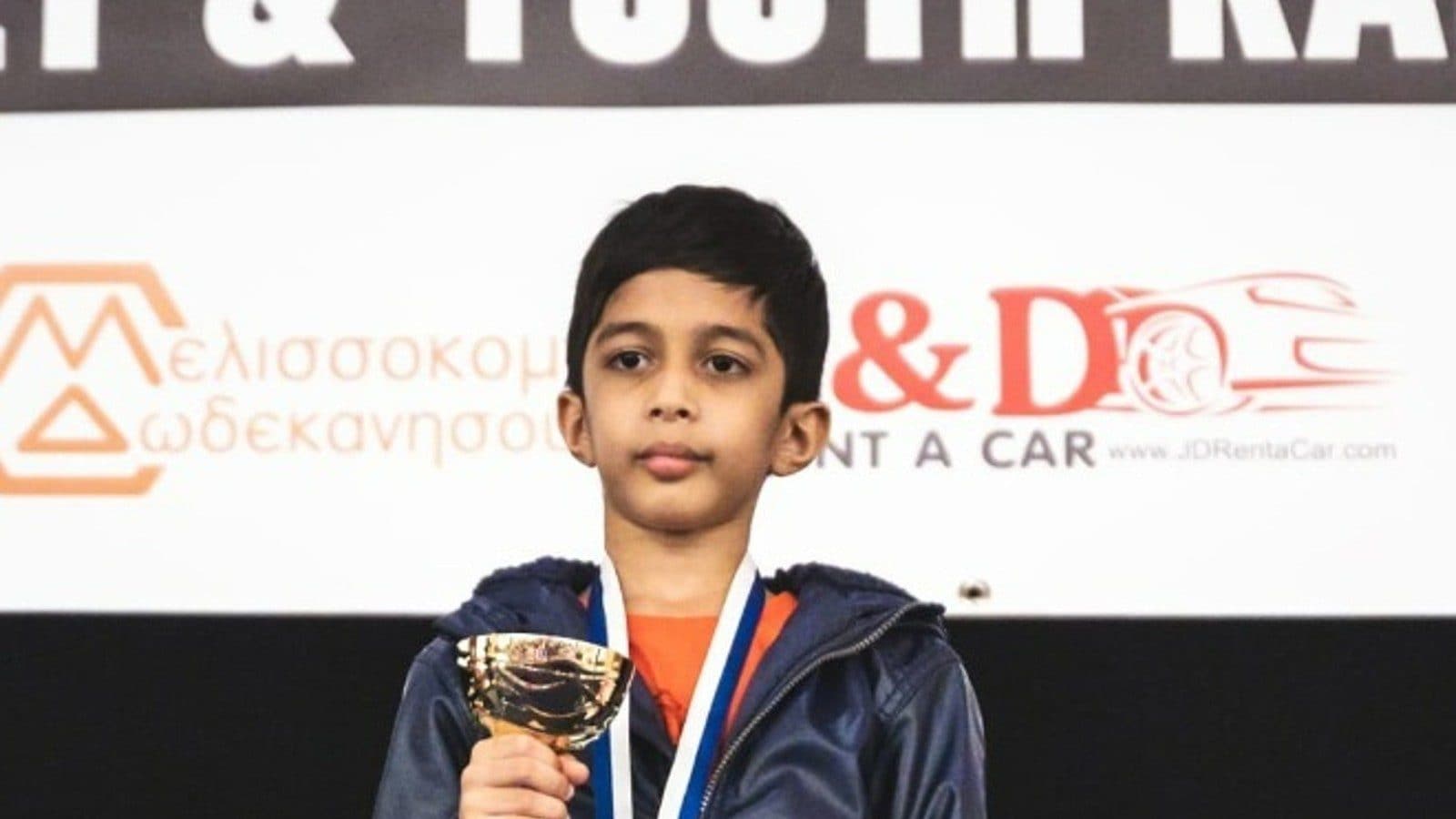 Ashwath Kaushik, a six-year-old Indian chess player, made history by winning gold in the Open Under-8 category at the World Cadets and Youth Championships 2022 for Rapid and Blitz in Rhodes, Greece from May 1-3.

More than 330 players from 40 countries took part in the tournament, the first major event on the FIDE calendar this year.

On the way to victory, Kaushik defeated top seed Modith Aroh Mutyalapati of Canada (ELO 1598) and Raghav Pathak of the Netherlands (ELO 1355) in Round 3.

Starting as seventh-ranked, he worked his way up to end the campaign with 8.5 points out of a possible nine, eventually beating eight of the top 12 finishers.

Ashwath’s coach, SMCA’s FIDE Master Balaji Guttula, attributes his performance to his sharp memory. Ashwath can remember the whole game of 30-plus moves he plays in any tournament, Balaji said.

He aims to become a grandmaster by playing aggressive chess like his role model Mikhail Tal and in the near future he will play among Indian school citizens.