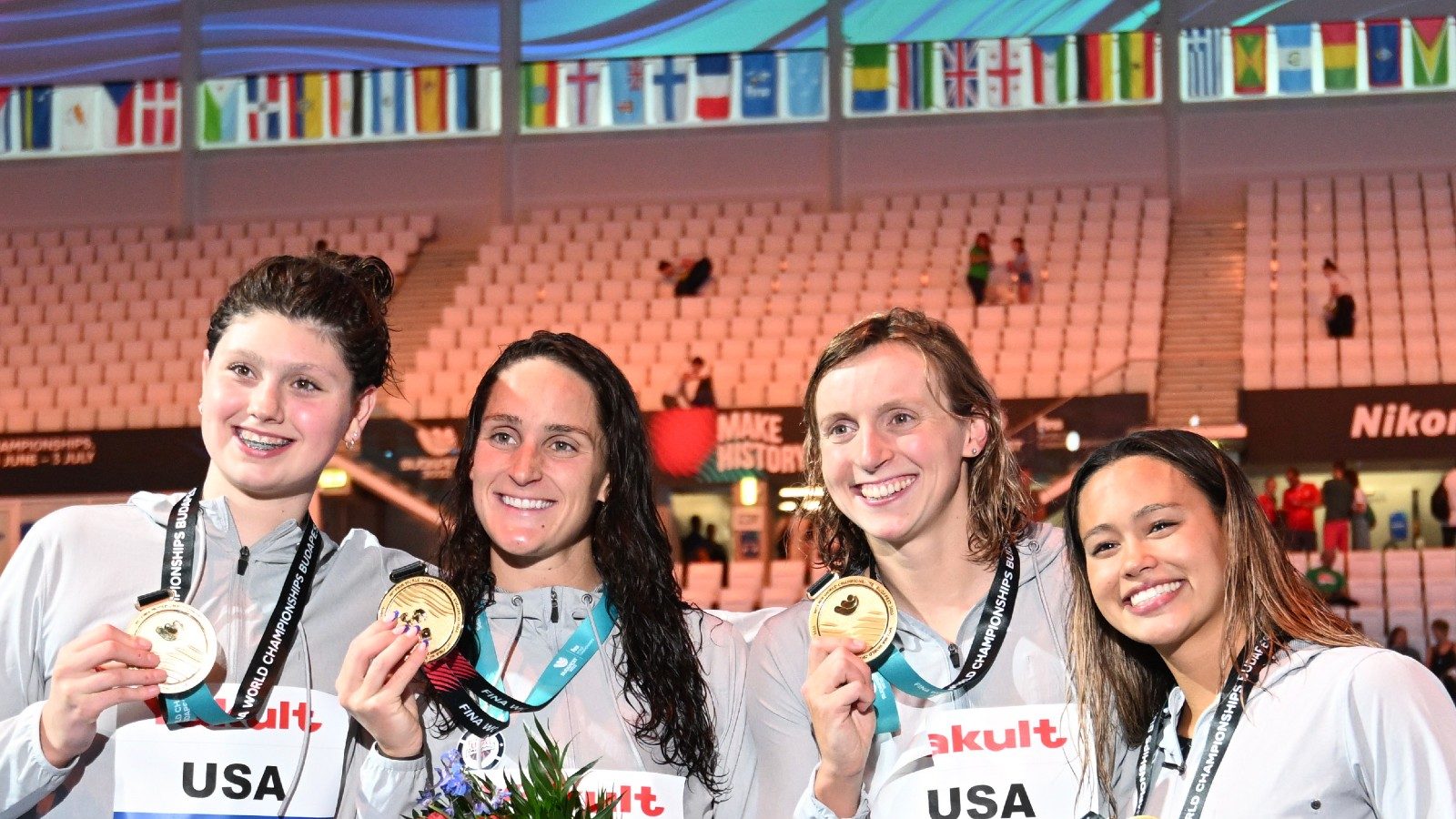 Katie Ledecky has increased her record number of medals won at the World Championships to 21, two more than any other women’s swimmer who has ever competed.

All but three of them are gold.

“It’s wonderful,” Ledecky said. “It’s very easy for this relay to get up and not just think. I had a lot of faith in these three and I think we are always counting and we always deliver so I am proud of this group.

Ledecky won the gold medal in the 1500 freestyle on Monday and the 400 freestyle on Saturday to add to the 15 gold she won in the Budapest competition.

Her 21 medals in the world are two more than her compatriot Natalie Cofflin managed (seven gold, seven silver, five bronze) between 2001-13.

FINA, the governing body of the world’s women’s 4×200 freestyle relay at Fukuoka, Japan on July 24, 2001, did not participate in the gold thanks to Cufflin because the American team was disqualified from the race and eventually won gold. To Britain.

Ledecky’s 18 golds equals Ryan Lochte’s record of second place in the all-time list for the most swimming titles in the world. Only Michael Phelps has won more with 26.

“I’m very proud,” Ledecky said of representing the United States in the relay. “I think when we were on the medal podium I realized we were all singing the national anthem together and it had been a while since we’d been trying to hit the loud notes together. So it was a lot of fun, and the time was really fast to see it all come together, so I think we really proved that we got into the race. “

Ledecky still has to race in the 800-meter freestyle heat on Thursday, with the final scheduled for Friday.