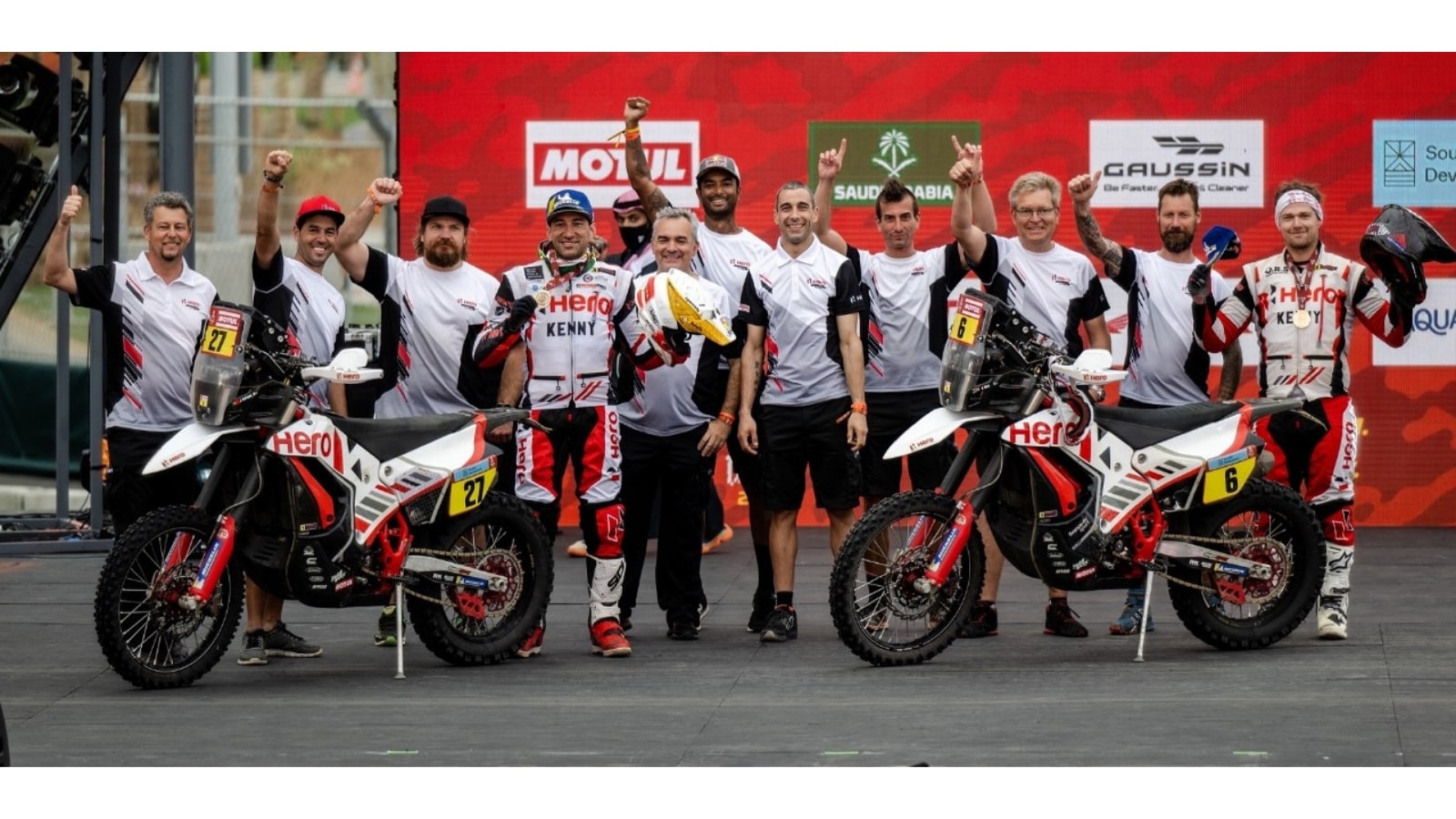 The Hero Motorsports Team Rally made history when Portugal’s Joachim Rodriguez aka JRod helped them become the first Indian team to win the stage at the 2022 Multi-Stage Dakar Rally.

This was the 44th edition of the annual rally which was held in Saudi Arabia and was organized by the Amouri Sport Organization. The competition consists of various vehicles such as bikes, cars, quads and trucks, which are phased on various terrain routes from sand dunes to rocks.

Hero MotoSports held a virtual interaction with reporters to celebrate their impressive performance this year. The session was moderated by Indian rider CS Santosh.

Asked about his scariest moment, JRod said, “It was definitely my accident. During Stage 5, I got really, really scared, I was going too fast and I jumped down a big hole. “

“Our physiotherapist did a great job with us. He would give me one shot every day before I reached for the pain. Luckily it worked and I didn’t break anything, “JRod added.

“It simply came to our notice then. Every day I tried to get as close to the top 10 as possible and just maintain consistent results, “said fellow rider Aaron Mare about his strategy for the race, adding that he could not be happier with the result.

“Asing activity is not just where it is in Dakar (Senegal), it is actually reflected in the products we launch in India. So it is a big step that we are really capable of winning the stage in Dakar, “said CS Santosh.

Asked if he was hinting that the latest edition of the Honda 450 bike is coming to India soon, Santosh replied, “There will be a time when there will be bigger bikes but not now.”

Pablo Quintanilla, a rider on the Monster Energy Honda team, meanwhile, won the final stage to finish second overall in the race, just three and a half minutes ahead of Sam Sunderland, the winner of Gasgas Factory Racing.

The four team riders managed to complete one of the toughest editions of the rally so far, with the Honda CRF450 RALLY once again completing it throughout Dakar without a single mechanical problem.