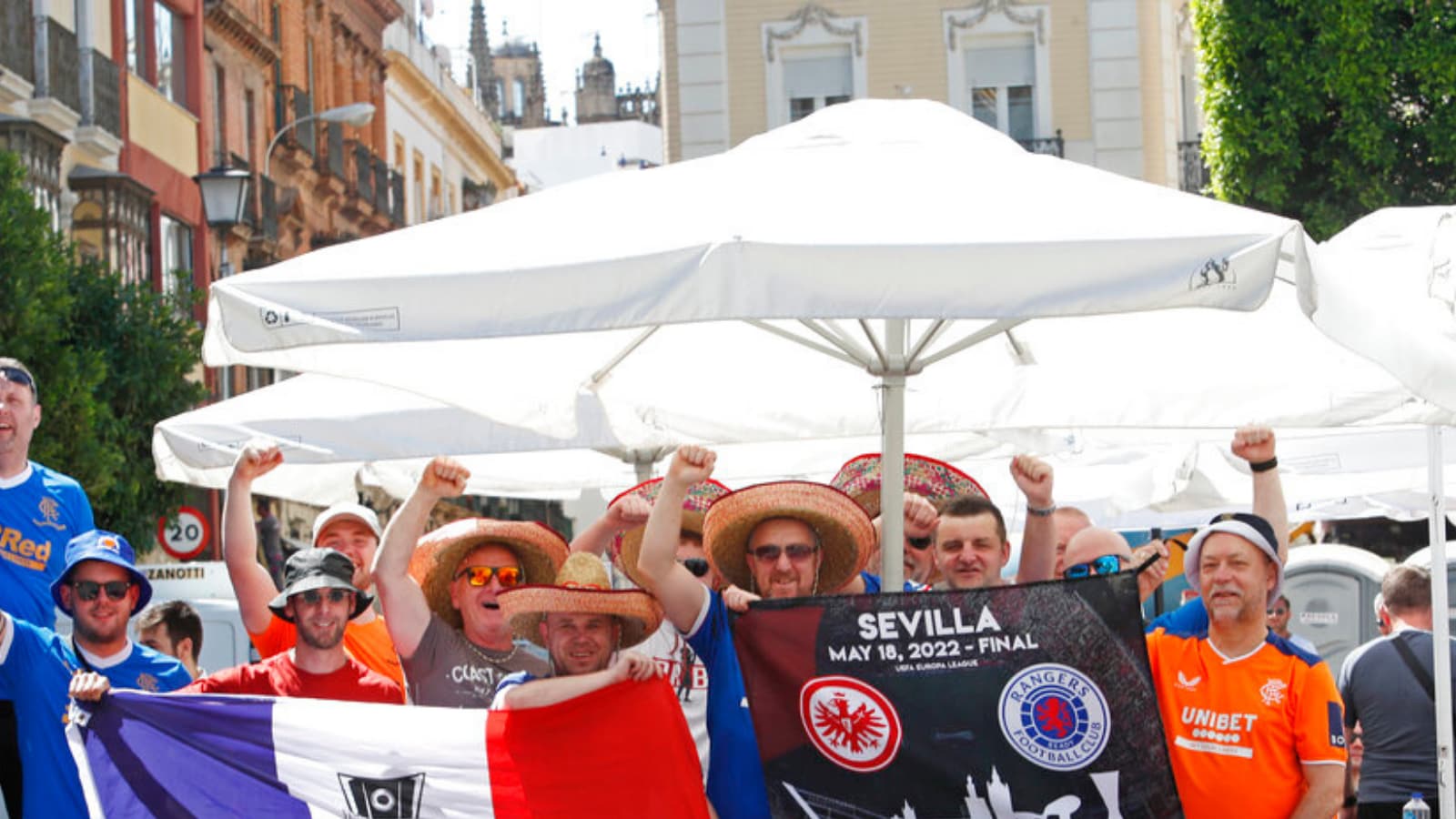 On the eve of the Europa League final, about 200 supporters of Intrakt Frankfurt attacked Rangers fans.

It was the first violent incident reported in Seville before Wednesday’s game, police said, adding that the largest city in southern Spain has brackets for the expected 150,000 fans of the German and Scottish parties.

The Spanish National Police said in a statement on Wednesday that the incident took place around midnight in front of Seville Cathedral and that troops from the police intervention unit had to intervene quickly to stop fans of Antwerp Frankfurt from attacking Glasgow Rangers supporters.

Spain’s police chief has warned of the possibility of “serious problems” in policing operations that could be one of the “most difficult challenges” he faces.

They have deployed 3,100 national police officers in Seville where three fan zones are being set up. About 2,000 Guardia Civil and local police will be deployed in the city.