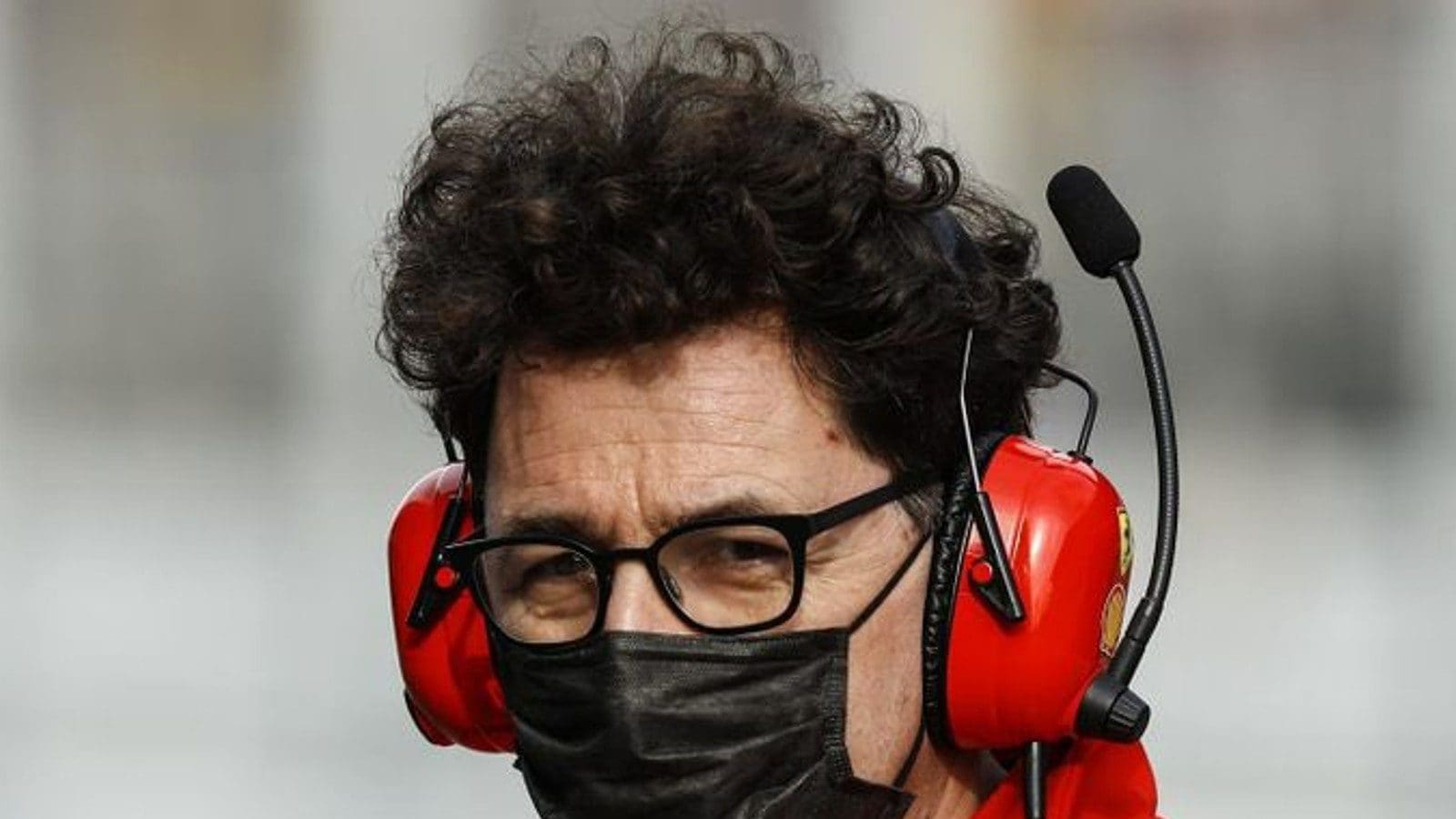 Ferrari head Matia Binotto encouraged his team and his fans to “keep smiling” and bounce back in search of the first Formula One title since 2007 after Sunday’s shock at home.

He asked the red-faced Scuderia to keep his head high despite the Red Bulls’ victory over Max Verstapen at Sunday’s Emilia Romagna Grand Prix.

Awaiting next month’s opening Miami Grand Prix, he urged them to stay positive as they plan an upgrade package to boost their performance.

“Obviously, we’re a little unhappy with the results,” Binotto said. “I think we need to keep our heads high. It’s a part of racing. Some races may go wrong – and that’s the way it is here – but we still have a competitive package.

“I think we need to keep smiling and wait for the next race.”

After shining in the season-opening race, the Ferrari arrived at the Autodromo Enzo e Dino Ferrari in hopes of increasing their championship lead against Chairman John Elkan and Chief Executive Officer Benedetto Vigna in Sunday’s rain-affected contest.

But instead of extending their run of success, Leclerc reduced his title advantage from 40 points to 27 and the team reduced their lead to 11 points in the constructors’ championship.

Lacklerk, who was also beaten by Worstapen in Saturday’s sprint race, got off to a bad start and dropped to fourth when Sanz stepped out after Daniel Ricciardo’s McLaren contact and trapped him in a gravel trap.

Lacklerk returned to third, slowing down on soft tires while chasing Perez, but then spun and damaged his car. After one more pit stop, he finished sixth as the team race on the podium ended.

Binotto said Ferrari raised Leclerc to “try to get a little chance”, but admitted that “he made a small mistake” that ended his hopes of completing the podium.

“Of course, we were disappointed because we wanted a better result than this in front of all our fans,” Binotto said. “It was a difficult race.

“Carlos was very unlucky in the beginning and for the second time in a row, he was unable to finish the race. It’s really embarrassing, not only because of losing points, but also because he has covered so few kilometers in the last few Grand Prix.

“Nevertheless, we will not give up and we will continue to work in peace. We wanted to give the fans something to cheer on, as they packed a grandstand and grounds from the Red Sea to support us.

“But there will be other races and opportunities to bring a smile to their faces.”

He added that the team is looking forward to the Miami Grand Prix on May 8, when Ferrari will release an update on the car.

“We will continue to work hard to exclude all possibilities from F1-75 and optimize updates,” he said.