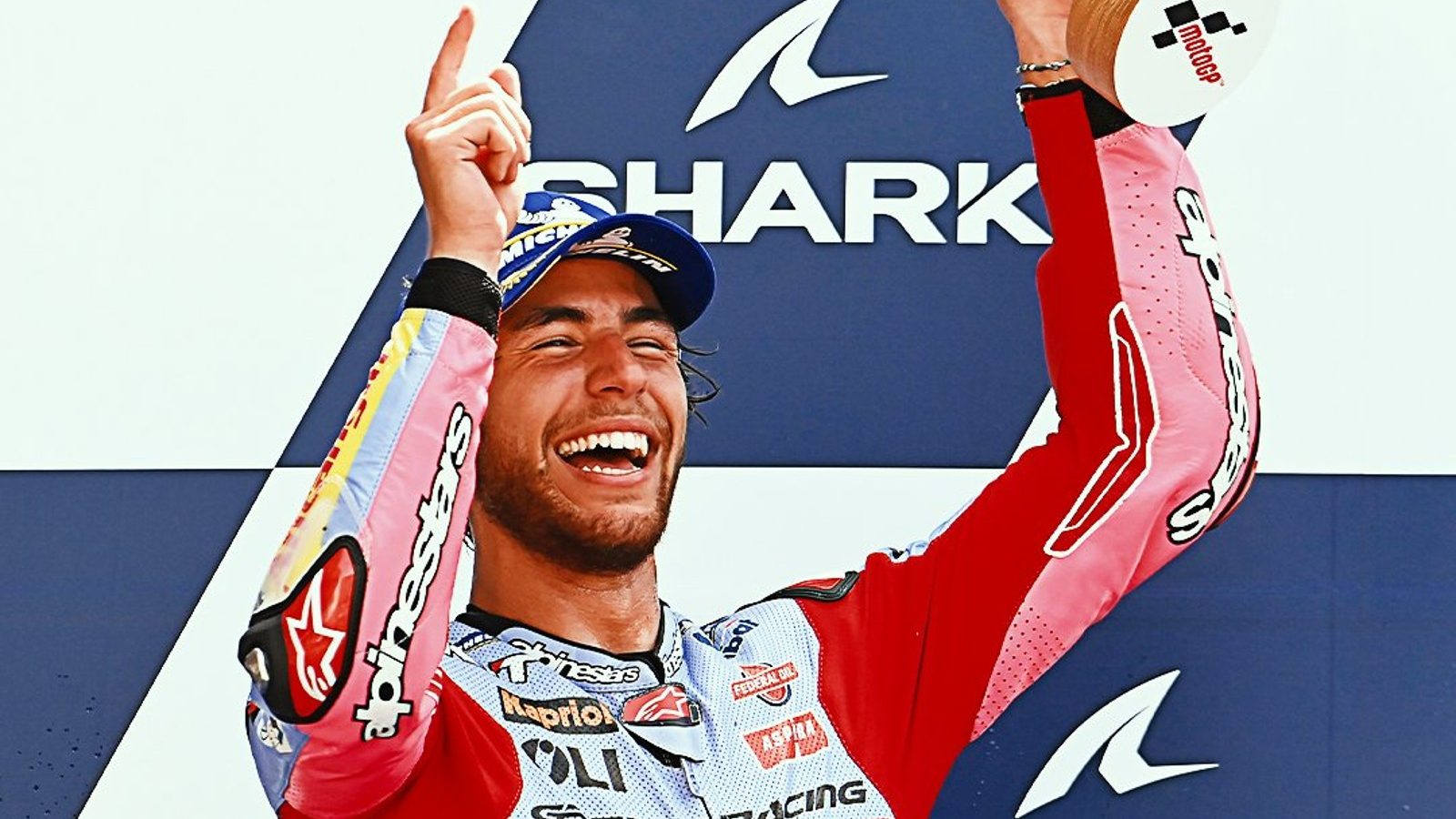 Enea Bastianini won her third MotoGP victory in seven races this season as she competed in the French Grand Prix on Sunday.

The Italian, riding on Gracini’s Ducati, drove home 2.718 seconds ahead of Australian Jack Miller at the Ducati factory.

When the factory Ducati Rider made a mistake, Bastianini left compatriot Francesco Bugnaiya behind in the final stage. Baganaiya reacted to his first mistake by making another mistake at once, when he tried to hit the back in the 20th lap and fell off his bike.

At one point there was a three-way battle for the first, but John Mere derailed his Suzuki in the 13th lap, managed to get the bike back on the tarmac but then immediately fell down.

“I’m really happy with this race because this win is unexpected,” said Bastianini. “During the race, I noticed that my rhythm was really good.”

“I knew Fabio was behind me, but I knew it was hard for him to get ahead of me,” Espargaro said. “The race was about not making mistakes.”

“It was a very difficult race, the hardest of the season so far,” Espargaro said.

The Frenchman Quatraro retained the championship lead, but his advantage was reduced by four points and eight by Bastianini to Espargaro.

Another French rider in the race, Johan Zarco (Ducati-Pramek), who started ninth on the grid, finished fifth behind multi-world champion Marc Marquez for the huge crowd cheer.

In addition to Bagania and Mir, other Suzuki riders, Alex Rins, two KTM-Tech3 riders, Australian Remy Gardner and Spaniard Raul Fernandez all crashed while George Martin (Ducati-Pramak) and Miguel Olivera (KT) were out.