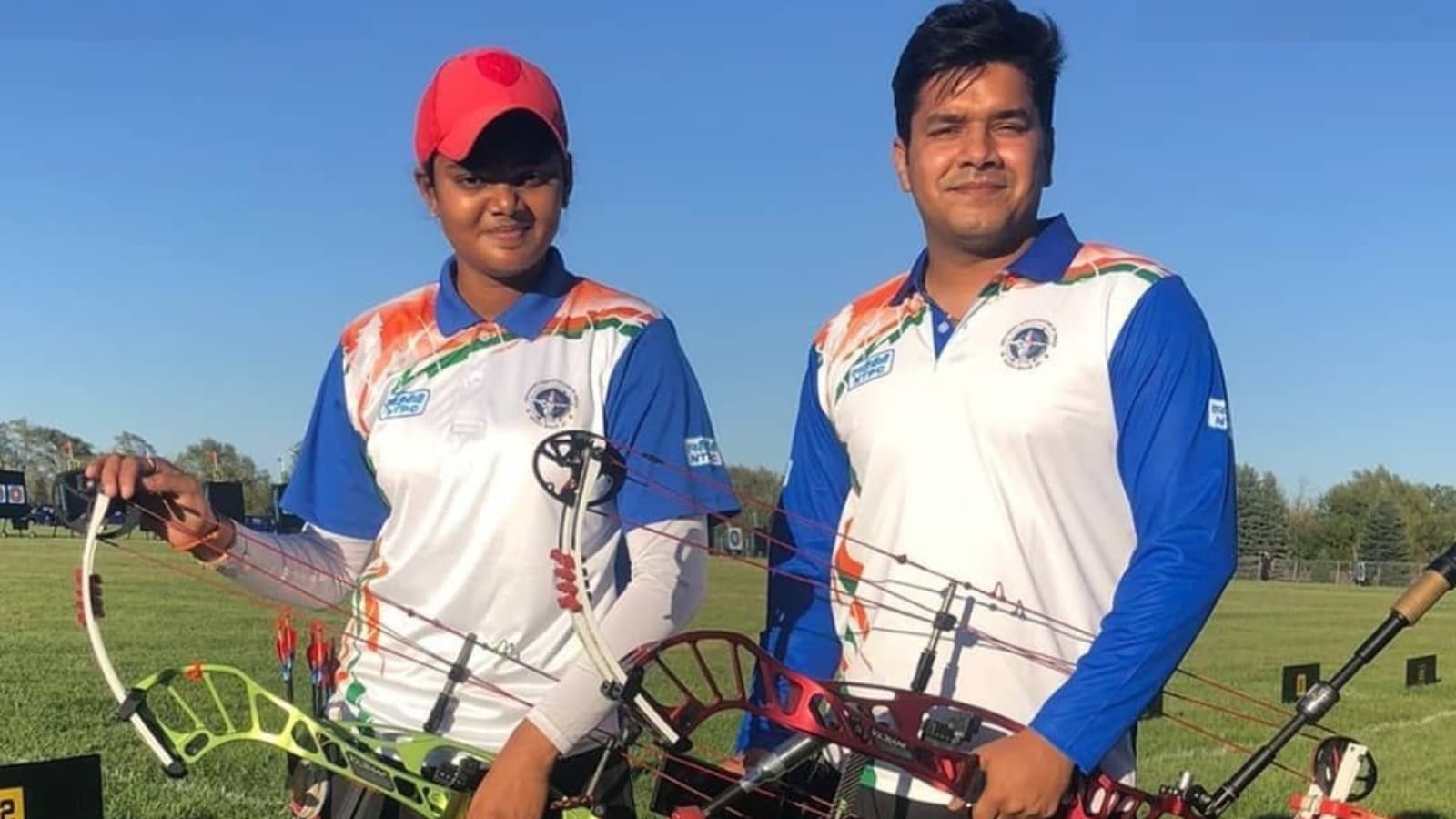 India got its first win The world The duo of Abhishek Verma and Jyoti Surekha Vennam won the cup gold in the compound mixed team archery competition by defeating their experienced French rivals in the Stage 3 edition here on Saturday.

With a great start, the Indians overcame the late resistance of Jean Bouch and 48-year-old Olympic medalist Sophie Dodemont of the French pair 152-149, the first gold for the World Cup. India In the compound mixed team event

Gold also opened the account of Indian archers, who have secured a second medal in the women’s recurve team event where a trio of Deepika Kumari, Ankita Bhakat and Simranjit Kaur will fight for the yellow metal on Sunday.

Returning after more than seven months, World no. 3 Jyoti, who was left out of the Asian Games trials, is also in search of a second medal as she will face French veteran Sophie in the individual semifinals the next day.

Sophie, a bronze medalist at the Beijing Olympics, turned to compound discipline after failing to make the team for the 2012 London Olympics.

The third-ranked Indians landed on a flyer, drilling in four 10 seconds including two Xs in the race for a three-point lead and putting initial pressure on the French pair.

The Indians were able to score only 10 runs at the other end as the French pair reduced the deficit to one point.

The third match was a tie, while at the crucial fourth end, Abhishek and Jyoti grabbed their nerves to remove their opponents by two points to tie the title.

The most successful Indian compound duo of Abhishek and Jyoti have some bronze medals in the World Cup and last year’s World Cup final silver medal at Yankaton was their best.